DID YOU KNOW: The "Panhandle State" 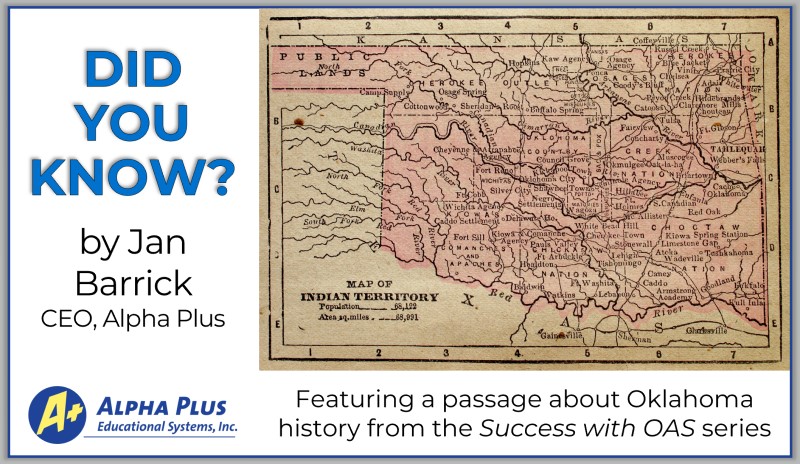 DID YOU KNOW?
In Oklahoma history, our state’s borders are defined by United States history. This resulted in adding what was first called “No Man’s Land.”

Many states are defined by natural borders. However, only Oklahoma’s southern border, the Red River, is natural. How did the west side of our state get its panhandle? Why did the river as a border change? United States history explains our borders.

In the 1800s, slavery affected most aspects of American culture, and response to it shaped the borders of Oklahoma. Texas once went north all the way to what is now Wyoming. After passage of the Missouri Compromise in 1820 and the Kansas-Nebraska Act of 1854, a 34-mile gap between Kansas and Texas was left over.

At first, the panhandle region had no government in control. It was called No Man’s Land. Anything was allowed there. When Oklahoma asked for statehood, the panhandle was added to the state. 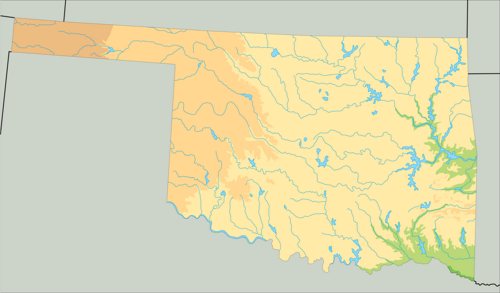 Old Greer County’s borders are also a special case. Those borders were disputed long before Oklahoma became a state. A treaty with Spain set Texas’s north border at the Red River. However, the actual location of this point was unclear for a long time. People placed this border in different spots. The point was described as at a fork in the river. But which fork? This was a problem because the river changed shape often.

Native Americans played a key role in shaping Oklahoma’s eastern border. The border once ran through Wilburton. The town was almost 50 miles from where it is now. This was the edge of the Choctaw’s territory in 1842, after forced removal. There was a lot of conflict with Arkansas settlers. Finally, the Choctaw and Cherokee appealed to the U.S. Secretary of War. He acted with the permission of the president, who issued an order moving the eastern boundary. The new border helped bring peace to Arkansas and Oklahoma tribes.

This passage is from our Success with OAS English language arts series. If students can answer the following questions, they are learning to research and refine knowledge as in Standard 6 of the Oklahoma Academic Standards (OAS).

1. All facts categorized as “for” an issue should have all the following qualities except:

A use evidence.
B have emotional appeal.
C be credible.
D be a long length.

2. An argument should use all the following signal words except:

Stay tuned for more selections about Oklahoma’s past and present and opportunities for student success with OAS!
- Jan Barrick, CEO, Alpha Plus Educational Systems
For more information, look through www.alphaplus.org.

Why Achille Public Schools Partner with Alpha Plus

What Makes for Success?