In Oklahoma history, the Burford family stands out as inventors who coupled genius and family values in building a successful company still in business today. 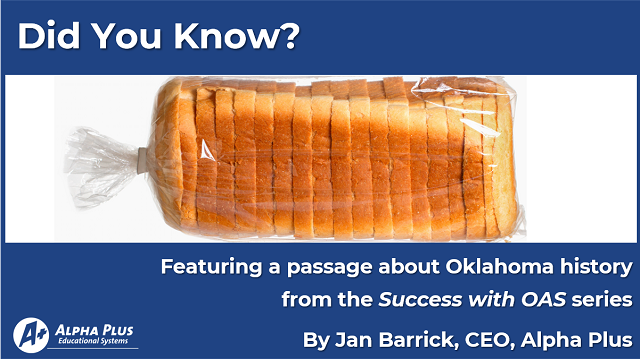 Maysville, Oklahoma, in Garvin County, has an unusual small-town history of invention. The fertile Washita River valley was an attractive area for pioneers as Oklahoma Territory was opened for settlers. Maysville now has a population of 1,232 according to the last federal census.

Since the first Burford family began farming the land in 1895, they have contributed to the area. Earl Burford was an enterprising young farmer when he saw a need for a better way to move standing stalks of hay into the barn.

After Earl invented a successful rolling stalk cutter that lifted hay into moving trucks, he continued to look for ways to be more efficient. He saw farmers suffering the loss of hay and a loss of worker’s time because their bales were falling apart. Earl solved this problem in 1945 with his invention of a wire process that wrapped and tied around the bales of hay keeping the hay in bales instead of scattering in the wind.

During these years, Earl taught his son, Charles, the value of giving your word in a business deal. That trust is family tradition that continues in Maysville today. Even though they sold the patent on the automatic wire-tying machine to International Harvester Corp, the concept of the twist tie stayed with the Burfords.

In 1961, the father-son pair invented the first “twist tie” machine. Their purpose was to cut the manual labor of closing bread wrappings and keep bread fresh longer. Since that first patent on the concept of twist tie, the company has patented 12 more twist machines.

Another Burford invention puts poppy seeds on buns, and another makes the split top for bread loaves. A bakery in Spain called the Burford’s with a problem that was destroying their business. Their baked goods were not arriving in whole packages when shipped to neighboring countries. So, the Burford family invented a heat seal for wrappings that is tamper proof.

The genius of an inventor is in an ability to see a way to meet a need or improve a product or service. However, this family in a unique, small town in south central Oklahoma knew honesty, hard work, and fairness were the real keys to success.

“Those values are just as important now as they were back then, and we follow them today,” said C.B. Burford II.

This passage is from our Success with OAS series. If students can answer the following questions, they will be on their way to mastering “relevance and reliability of information,” OAS 6.R.3 in the Oklahoma Academic Standards.

1.  For historical information on the Burford Corporation, which expert would most likely be the best to interview?

2. Which sources would be the most reliable when researching the rolling hay stalk cutter patent?