In Oklahoma history, many times it is surprising where a person’s dreams can take them. One little boy’s dreams led to a lifetime of public service.

From Chilocco to Yankee Stadium

As a little boy, Emmett Seeley always had big dreams. He played baseball every day after his chores were finished and his mother gave him permission. Late in life he became a popular coach of Little League teams in Murray County and, in between, he served his country. Emmett Seeley was a little boy who made his dream come true, then returned home to Oklahoma to fuel the dreams of other little boys.

When Emmett became school age in the 1920s, his parents enrolled him in a federal boarding school in Chilocco, Oklahoma. He later said he remembers that day very well. His memory is of his mom and dad crying as they walked away and his mother saying, “Do your best.”

Since everything was new and different, Emmett was unprepared. He found a big room in which he and other boys were to sleep, and in that big room he made life-long friends. Most public school students live within a school district, but not at Chilocco Indian School. Emmett was surprised to learn that boys and girls had come to this school from all across the United States.

The school’s goal was to prepare young Native American students for a productive future. Emmett’s classes included printing, drafting, welding, and agriculture classes, which gave him many choices for a career.

While he did his best to reach the school’s goals, he found ways to keep his big dream alive as well. Baseball was the center of his big dream; but he knew he would need an education for his dream to become a reality. He graduated from the school number one in his class.

After graduation, he began playing farm-team baseball. Though not the major leagues, he found reasons to enjoy it. He was willing to play on the sandlot teams because he saw how baseball training built his muscles and made him stronger.

While on the farm team, his big dream grew stronger. Baseball scouts watched his talent grow, and he was drafted by the New York Yankees. He played on the team with famous players including Mickey Mantle and Charlie Pride. Yet the big dream of being a professional player ended almost as soon as it started. On July 20, 1942, Emmett was drafted by the U.S. Army.

When the Army called him to serve his country, what would Emmett do? As always, Emmett did his best. He earned three Bronze Battle stars, Order of the Purple Heart, Expert Infantryman’s Badge, Combat Infantryman’s Badge, the Good Conduct Ribbon Victory Medal, and, of course, Honorable Discharge.

World War II tried to stop Emmett Seeley from living his dream, but it only changed it a bit. He found a new dream, a dream that was bigger than himself. Injuries had stopped his legs from walking, but they could not kill his love for baseball or his ability to teach young athletes to dream.

Emmett’s mother said, “Do your best” and her words would always be loud and clear in his mind. By serving as an Elder for the Chickasaw Nation, he did his best for senior citizens and families as well.

Coached by Emmett Seeley, many central Oklahoma boys followed his legacy of doing their best in chores, in class work, and on the baseball field. They were inspired by a little boy who grew to be a real man by always doing his best.

This passage is from our Success with OAS series. If students can answer the following questions, they will be on their way to mastering “inferential questions and answers,” OAS 3.R.7 in the Oklahoma Academic Standards.

Stay tuned for more selections about Oklahoma’s past and present as well as opportunities for student success with OAS! 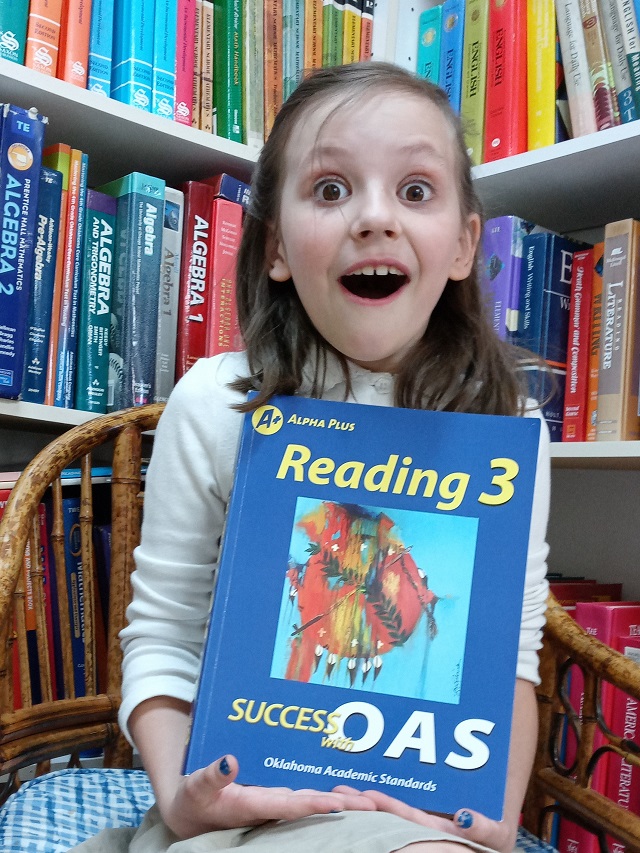 DID YOU KNOW that only Alpha Plus writes curriculum to the Oklahoma Academic Standards (OAS)?
Click here to learn more!

Why Teachers Love Alpha Plus

What Makes for Success?

Way to an A: Bennington Schools

The Best Help; The Art of Teaching